Brown & Bancroft Interiors was appointed by Bruntwood in January 2017 to commence the refurbishment to 111 Piccadilly, a 17 storey commercial office building located adjacent to one of the North’s most important transport hubs.

Phase 1, which was completed over 12 weeks, saw a complete transformation of the existing ground floor reception space. All the suspended ceilings were stripped out to expose a feature coffered ceiling which provided additional height to the space and was extensively repaired and oversprayed.  The introduction of american white oak feature timber cladding throughout reception and the lobby has created a modern, light and contemporary environment.  Further upgrades to the first floor meeting rooms as well as improvements to the lift lobbies and WC’s, and the introduction of shower facilities were also included in the brief.

All works were delivered while the building remained in use by existing occupiers and in preparation for a planned increase in the serviced offices provision at the location.

Work will now progress to the other floors through a phased upgrade of the building.

Appointed by Bruntwood, this project included the refurbishment of common areas and reception space for the former BT Exchange. 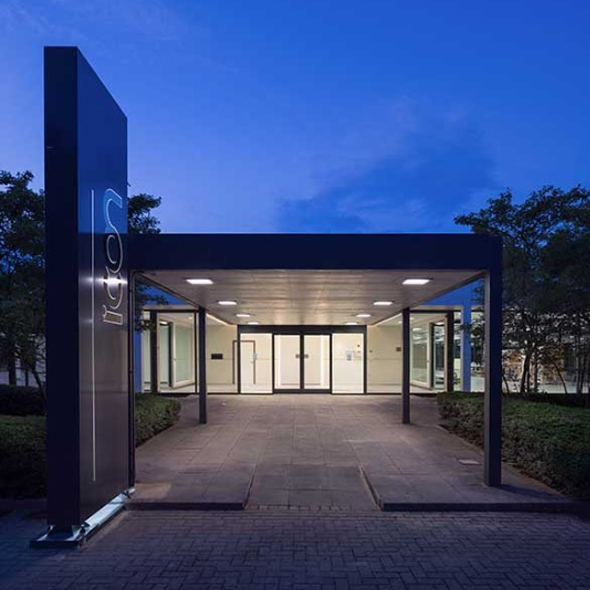 Located in Milton Keynes the project involved a complete strip out and refurbishment of the 20,000 sq foot space to Cat A. 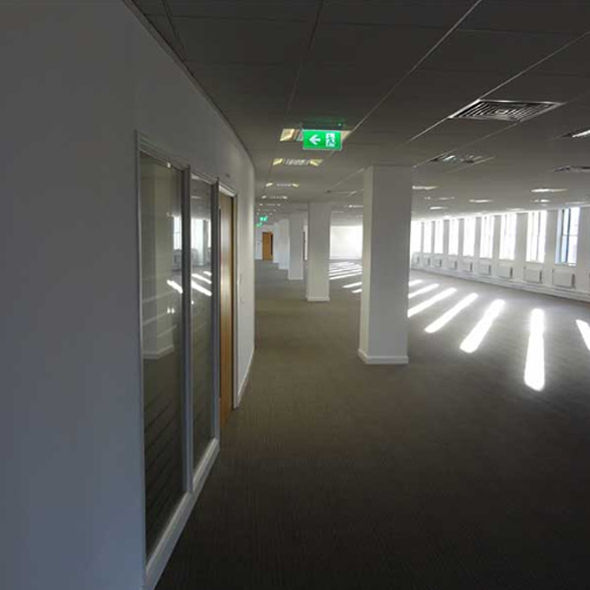